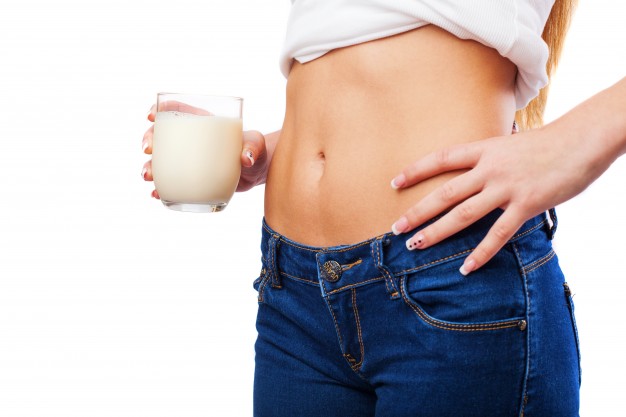 Anybody meet stomachache, bloating or diarrhea problems after milk drinking?? This situation be actually found in Thai people. There are answers for these questions.

Cause of non-digest milk problems is not relate to immunity and milk allergy. Main cause of this problem come from Asian and Thai-human body which is 1 in 3 world population. Genetic of this population have lactase enzyme to digest lactose in children age only. (Ref: Curry, A. Archaeology: The milk revolution. Nature 500, 2013, Campbell, 2005). ?Lactose is milk sugar which is found in mamals except Sea lion. (Ref : Kretchmer N.,1993)

Hence, when we grow up. Lactose will gradually disappear effect to non-digest milk problem. After drinking cow milk, goat milk, sheep milk; it transfer to digestive tract until reach the large intestine. Lactose will be digest by microbial. They consume lactose and produce a lot of gas, acid and water. This is effect to non-digest milk symptoms e.g. non comfortable stomach, bloating, gas.

However, the mention non-digest milk problem did not occur with everybody. It causes they consume milk continuously which can activate human body to produce lactase until human adaptation.? This secret can describe by long history. Back to 10,000 years ago, Archaeologist discovered remains antiques of Middle East resident. They made cheese and yoghurt from milk. Then 6,500 years later it carried on Middle Europe. They originated livestock replace hunting. There are stock food? in long winter season which high? nutritive value. There are various milk product development to consume wide spread. Cheese and yoghurt help people can ate a lot of milk and heredity transfer to next generation. (Ref Ref: Curry, A. Archaeology: The milk revolution. Nature 500, 2013)

Sorry, this entry is only available in Thai.

There are many Cow dairy breeding races in cold, warming … Read more